Day 1, Sat. Dubrovnik
Meeting and assistance and transfer to hotel. Remainder of day at leisure. This evening’s welcome dinner offers an opportunity to meet the tour director and fellow travelers. (D)

Day 2, Sun. Dubrovnik
Dubrovnik, once an independent maritime republic, rests on a promontory jutting into the Adriatic Sea. A walking tour of Old Dubrovnik includes visits to the 15th century Rector’s Palace built in gothic style, Orlando’s Column, Sponza Palace, the Dominican and Franciscan Monasteries and the impressive ramparts erected during the crusades. Remainder day at leisure. (B)

Day 3, Mon. Split
Today travel north along the spectacular Adriatic coast past old fishing villages and new resorts to Split. A sightseeing tour will feature the historic inner city built around Diocletian’s Palace, a UNESCO World Heritage site. Then see the remnants of Split’s Roman heritage, its Renaissance and Gothic structures, Jupiter’s Temple, the Peristyle and the Cathedral. (B, D)

Day 4, Tue. Trogir – Plitvice Lakes
Tour continues to Trogir on the central Adriatic coast of Croatia. A preserved old town known for its mix of Renaissance, Baroque and Romanesque buildings. Scholars from around the world gather here to study and paint. Parts of the medieval city walls remain intact. Turning inland travel to spectacular Plitvice Lakes National Park. Enjoy a walking tour around several of the lower lakes and take in the breathtaking scenery of this natural wonder of 16 terraced lakes surrounded by thickly wooded mountains and lush vegetation. (B, D)

Day 5, Wed. Opatija – Postojna – Bled
Return to the coast and travel along the beautiful bay of Kvarner to its popular resort, Opatija. A fashionable resort in the 19th century, it’s dotted with Habsburg-era villas. After a little free time journey north to Postojna, home to one of the largest caves in Europe created by the Pivka River. Tour this fantastic subterranean world by miniature electric train. Continue on to Bled, beautifully set in the Julian Alps. (B, D) 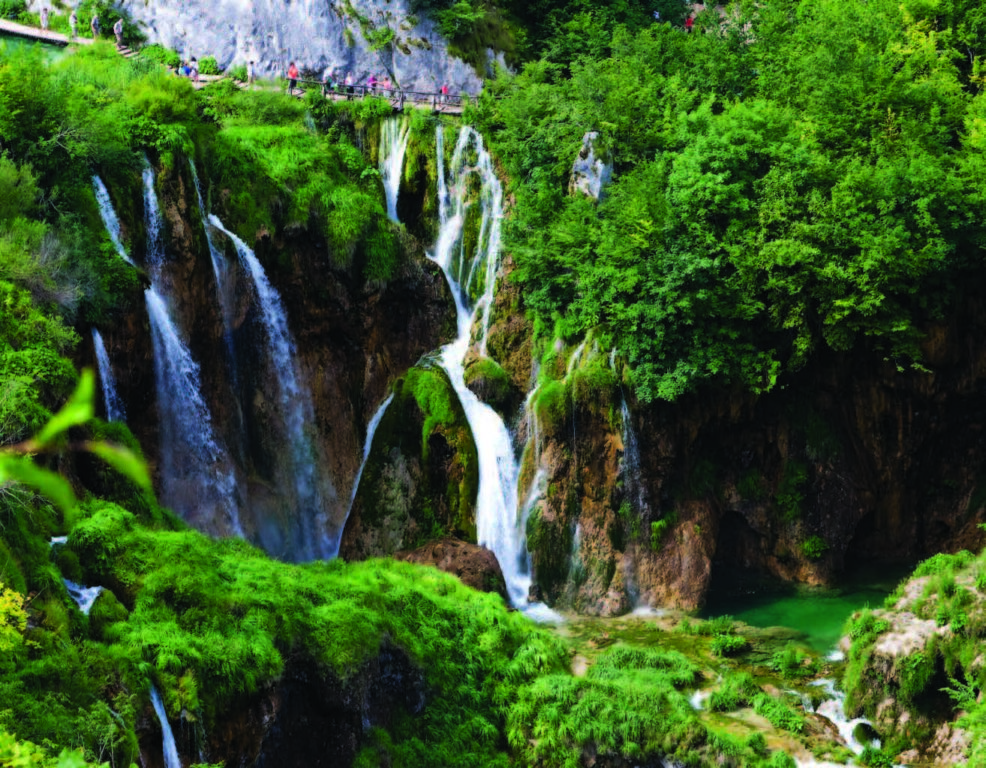 Day 6, Thu. Bled
Today’s sightseeing tour of Bled will feature the charming town, the lakeshore and a visit to the imposing Bled Castle perched on a cliff high above the lake. The remainder of the day is at leisure. Stroll along the lakeside, relax in a café, shop or join an optional tour visiting a small island in the middle of the lake. (B)

Day 7, Fri. Ljubljana – Zagreb
Continue on to Ljubljana the capital and the largest city of Slovenia. It has been the cultural, educational, economic, political, and administrative center of independent Slovenia since 1991. A walking tour to the old city center includes the open air Central Market, Three Bridges, Baroque Town Hall and Robba’s Fountain. This afternoon, on to Zagreb, the capital of Croatia. (B, D)

Day 8, Sat. Zagreb
This morning city’s tour will feature the historic Upper Town, St. Mark’s Church, St. Catherine’s Church, the majestic Cathedral, Parliament and the Government Palace. The remainder of day is at leisure to enjoy the winding streets of the Old Town, relax in a café or take an optional excursion to the countryside. (B)

Day 9, Sun. Zagreb
Transfer to the airport for departure. (B)

Enquiry about Crown Dalmatia I

Won’t you join the more than 15,000 happy vacationers?

Book Your Next Dream Vacation.